The Link Between Trade and Inequality: A Review of the Literature and Emerging Research Agenda From the Perspective of South-South Cooperation

South-South Ideas paper by Dr. Milindo Chakrabarti, visiting fellow at the Research and Information System for Developing Countries (RIS) and a professor at the O.P. Jindal Global University, India. 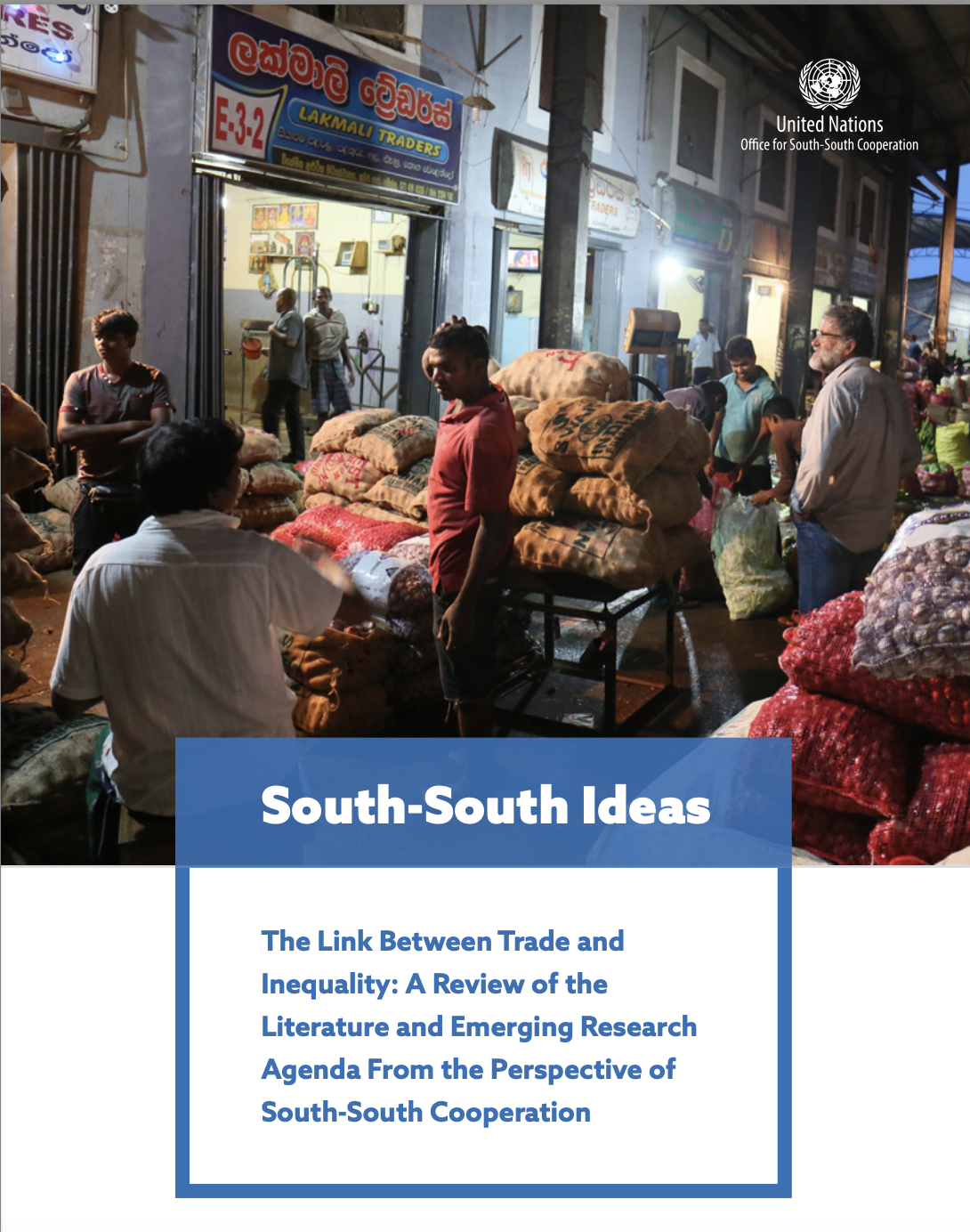 The paper constructs a hypothesis that South-South trade based on the logic of sharing may provide an alternative way to guide international trade and help reduce the scourge of inequality that is observed globally. Reviewing both the theoretical and empirical literature on globalization, in general, and international trade, in particular, it argues that while developed countries are facing increasing levels of internal inequality their Southern counterparts are no less vulnerable. The extant literature suggests five drivers of inequality are being observed globally: trade, financial deepening, technological advances, domestic policy changes and differential access to the inputs required for human development, all of which are intricately linked to each other. These drivers are contributing to intra-country inequalities in income and wealth distribution with a disproportionately higher incidence of wage inequality. This points to the significant role played by the present structure of trade based on the notion of “competitive advantage” in contributing to the rise in inequality, whether directly or indirectly.

The evolution of the theoretical understanding of “comparative advantage” and its subsequent reformulation into a notion of “competitive advantage” as the technical basis of trade, with near-total neglect of the bi-directional causality between trade and the domestic features of a country, has perhaps failed to appreciate the linkage between trade and inequality. A trade theory that was fundamentally developed on the assumptions of perfect competition in the factor and product markets and technology differentials, in an era of factor immobility under an assumed regime of “diminishing returns”, has lost its relevance today. This calls for a new approach to constructing its theoretical basis.

A different structural perspective on global trade developed during the 1950s and 1960s under the nomenclature of “dependency” and “center-periphery theories”. However, this could not sustain the overwhelmingly empirical perspective of the literature on trade, until it was revived under the name of “new trade theory”. The gradually increasing share of South-South trade over the last couple of decades and its resilience in the face of COVID-linked disruption, as observed by a very recent document (UNCTAD, 2020) call for a thorough theoretical and empirical understanding of the nature and implications of South-South trade. The conceptual framework of a “development compact” that has evolved to capture the ethos of South-South Cooperation is an effective way to operationalize the linkage between capacity building, trade, investment, technology sharing and development finance in the quest for the development of the Global South. This points to the importance of “cooperative advantage” in contributing to the welfare of citizens in need.

The paper provides a tentative new research agenda for immediate consideration in our quest for empirical validation of the “development compact” in ensuring “gains from trade” and their subsequent distribution among stakeholders in an equitable manner.